The Basic Rituals of Hajj and Umrah

Hajj is the fifth basic pilgrim of Islam which is performed in Mecca, Saudi Arabia.  It is obligatory for every Muslim to Perform Hajj once in a life.  People who can physically and financially afford the travel should perform Hajj Once in Life Time. The Holy Pilgrimage occurs between 8th and 12th Of Islamic month Dhu Al Hajjah.  This pilgrimage is made around the Holy Kaba. There are billions of Muslim perform Hajj every year. The Performer seeks the ultimate forgiveness from sins with full devotion to ALLAH Almighty. Mecca is the center of Islamic State.  You should be adult, a free person and a Muslim to perform this Holy Event.
Pilgrims come from different races, different countries and different colors to perform Hajj. There is no Distinction there on the Holly Ground of Mecca. During Hajj, performer dress up in a holy Dress which is called as Ihram. Hajj involves many rituals some of them are


The Present method of Hajj was Firstly Presented by Prophet Muhammad (P.B.U.H). He (.P.B.U.H) performed one Hajj in his Life. There are multiple days of Hajj, each is associated with a unique ritual, and these are
Umrah:-

Umrah is also a Holy Pilgrimage of Islam which can be performed anytime and any number in a year. Like Hajj, Umrah has also serious of rituals which are: 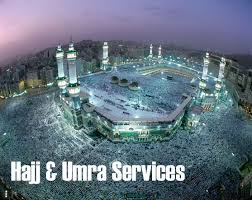 There are two types of Umrah as well.